about paul dahan
Already as a child, Paul Dahan
fell under the fascination of light. 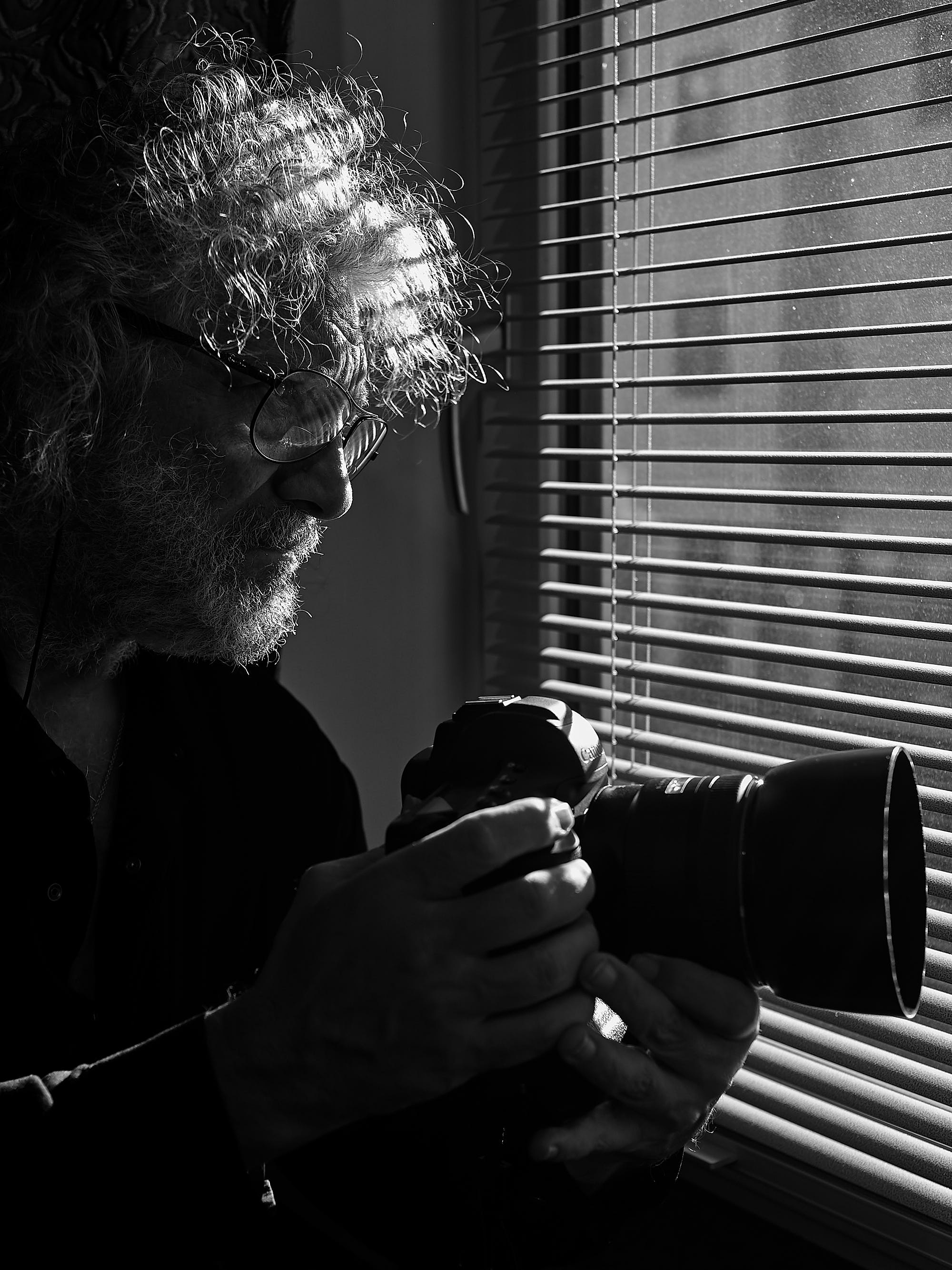 I In a holiday camp in France in the early 1960s, the infinite world of photography opened up to the then 10-year-old, when he produced his first pictures with a shoebox according to the principle of the camera obscura, the enthusiasm never left him.
For his 13th birthday, Paul got his first own camera from his parents, the legendary Kodak Brownie.

"From then on, photography became his passion.
The young Frenchman constantly sought tips from professional photographers and spent his free time in the local photo club."
‍
" Painting with light "
‍
As the word photography can be translated from the Greek, was what he wanted from then on.
After completing the compulsory years at grammar school, he attended the Haute Couture Academy in Paris.
Why haute couture?

Even then, Dahan is an aesthete. And what's more, triggered by a chance encounter with a Japanese fashion designer, he had taken a liking to drawing so much so that even photography took a back seat for a short while. With his works, he tried to capture reality, worked extremely precisely, endeavoured to reproduce the emotional reality.
‍
This skill helped him to get the best final diploma the school had ever awarded up to that point. Within a few weeks, he was working with the big names in the industry: Yves Saint Laurent, Ted Lapidus, Pierre Cardin and many others.
Dahan designed and produced his first collections and opened his design office in the basement of his father's print shop.

During a trip to Austria, he met his wife Elfi. With his great love in his luggage, he returned to Paris.
After seven years together in the fashion metropolis, during which Dahan set up the magazine "Fashion Tendances", the couple decided to settle in Elfi's native town of Kitzbühel.
‍
Dahan has always been fascinated by the alpine environment, it helped him "discover light from a wider perspective".
‍
‍Impressed by the beauty of nature, the designer created floral patterns in the most dazzling colours, painted thousands of running metres of silk with them and used them to make his collections. To present them, he rented a small boutique in the city centre.

In 1996, he finally launched his new magazine, KITZ magazine.
Kitz Magazin gave Dahan the opportunity to present his work in the media: both his fashion and his photos.
The fact that sometimes chance is the director in life was proven in 1998: during a photo shoot, a client accidentally knocked over the tripod on which Dahan's analogue camera was mounted. Hoping that nothing had happened, he picked up the camera that had fallen to the floor, carefully put the lens back on it and continued taking pictures. When he finally developed the film, he could hardly believe his eyes. Obviously, the camera had been damaged in the accident, but the images affected by it fascinated him. Dahan went out, used the damaged lens, whose focus was blocked and which had fractures in the lens, and started a series of pictures. The result was impressive: art pictures were created whose style was strongly reminiscent of Impressionism, or rather, the Picturialism that emerged from it.
‍
Dahan concentrated mainly on nature motifs, the great challenge being: "in nature there is only one light projector - the sun." Dahan's aim was to capture the "soul of the objects" with his photography, to breathe life into them.
For years he photographed in this style exclusively for himself, light captivated him: "I wanted to get to the bottom of it, explore it to the last corner, deflower it, so to speak." More and more he became convinced that light is the essence of all life, and therefore tried to transfer it to his paintings in his own way.
‍
Dahan still takes on this task today - he describes taking photographs as a primary need, as essential. Each time he allows himself to be surprised and inspired anew - in addition to all physical knowledge, chance always plays a role in his works. Dahan describes his style as "Imagism", an art movement whose roots lie in Picturialism, but which goes one step further.
‍
"Imagism" is a combination of the words "image" and "imagination": Dahan's pictures are based on reality. But with his Imagism he destroys the seemingly given order of light and reinvents it, replacing reality with his own reality. A way of looking at things, also shaped by the incurable disease of his left eye: cornea guttata combined with cataracts (inoperable due to a small corneal injury) - a fate that once also befell the great Claude Monet. Diffuse light refraction, greatly reduced contrasts and partly monocular double images, which his clinical picture causes, can be found in his art photographic works. The images have something arbitrary about them, inviting us to interpret them with our own imagination, developing a certain momentum of their own.
‍
They inspire Dahan himself to write poetry in short sentences with which he titles the pictures.
When photographing, he faces the great challenge of approaching a fifth dimension. A dimension that the Impressionists also attained, in which material things lose all significance, a dimension that consists exclusively of emotions and feelings. "With my images I do not control the dance. I go along with the waltz.
And as long as taking pictures creates this feeling in me, I will not - and cannot - stop!"